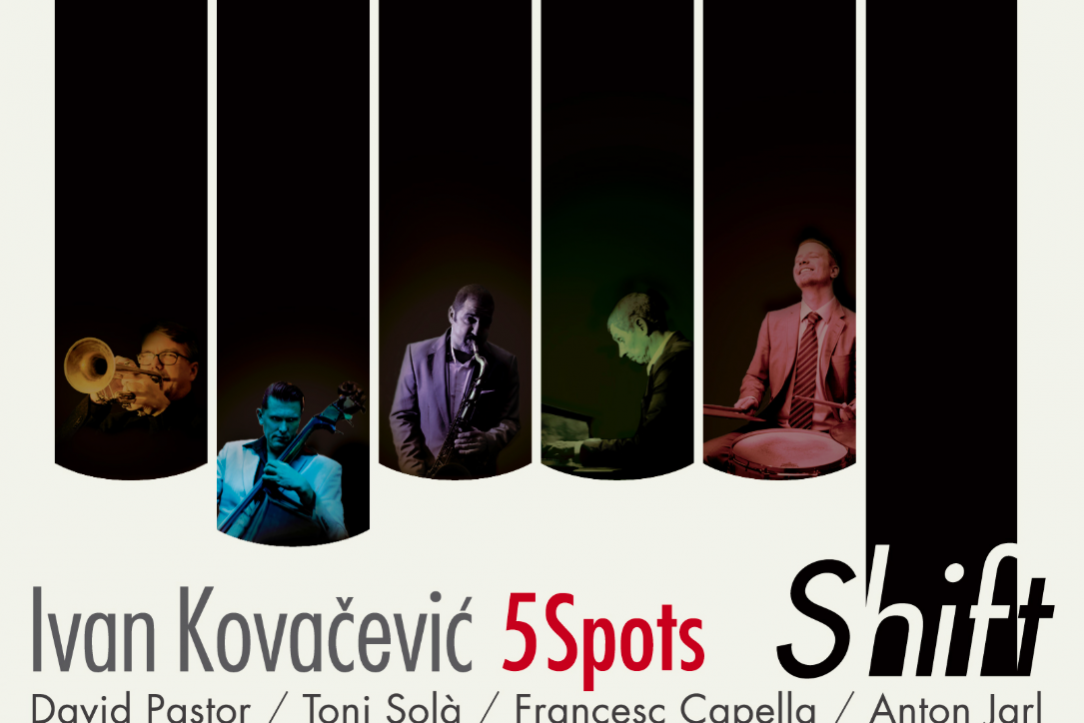 There was a time when jazz was breathing fire, it smoked up the air and it danced to the clink of ice cubes soaked in distilled liver-piercing fluids. More than music, it was a punch in the establishment’s face, a yearning for life and freedom that was expressed with no concessions whatsoever. Energetic, intense and vital, it was meant to shake the emotional nerve and make the body temperature rise while the pla­yers’ souls were burning in hell. lt was never a matter of form or aesthetics only, but rather a praise of immediacy.

Enjoy the moment as if this was your last doy and project that as if it were your first. The lowest passions and the noblest feelings were together as one piece in the conversation of that rhythm which is pure enthusiasm. AII these sensations and many other emo­tions -which are hard to transcribe into words- reaffirm the strong and honest 5 Spots project with a wealth of credi­bility.

Press “play” and there will be NO stopping them!